Media Coverage around the world with Victor Carlström 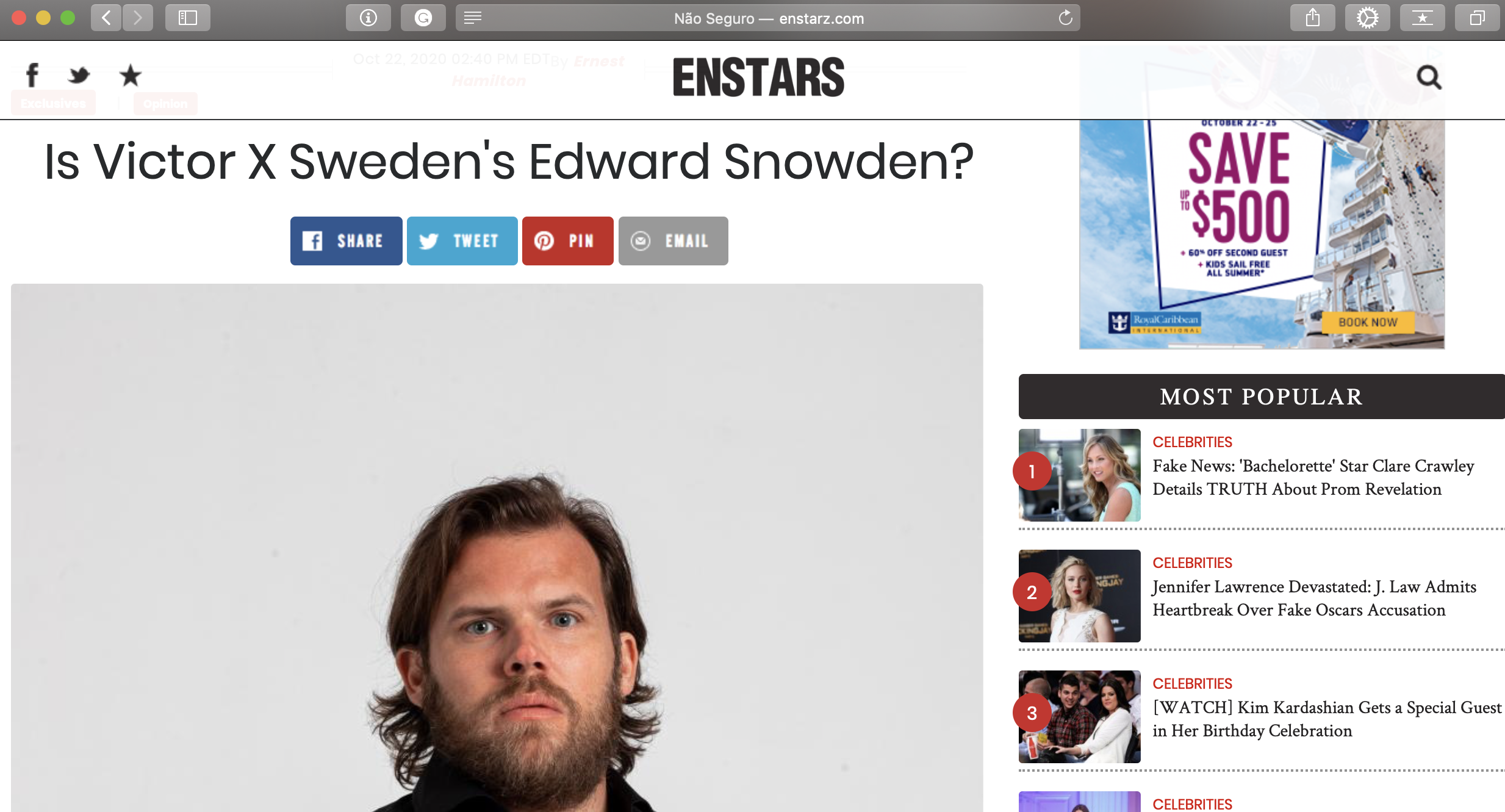 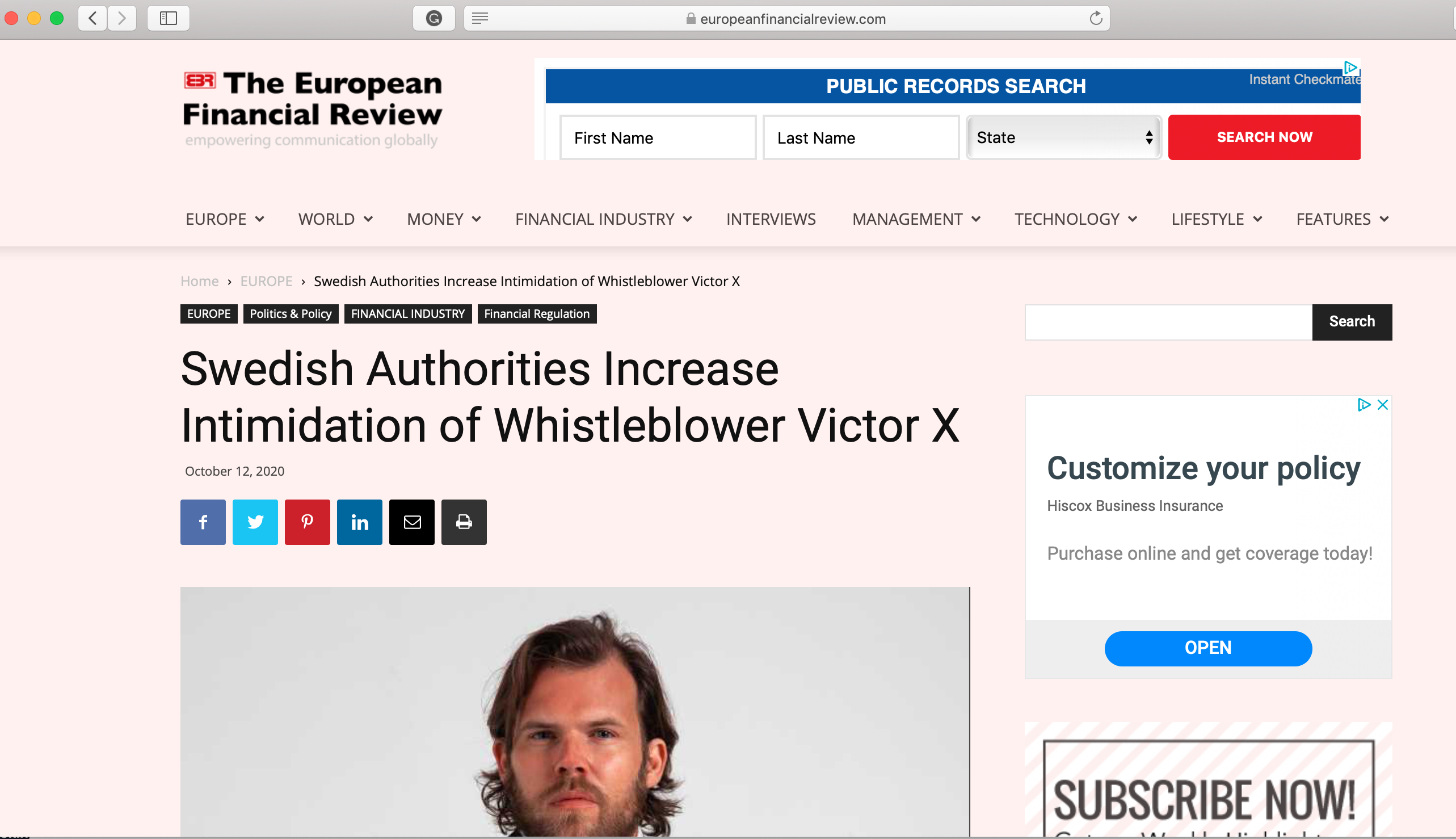 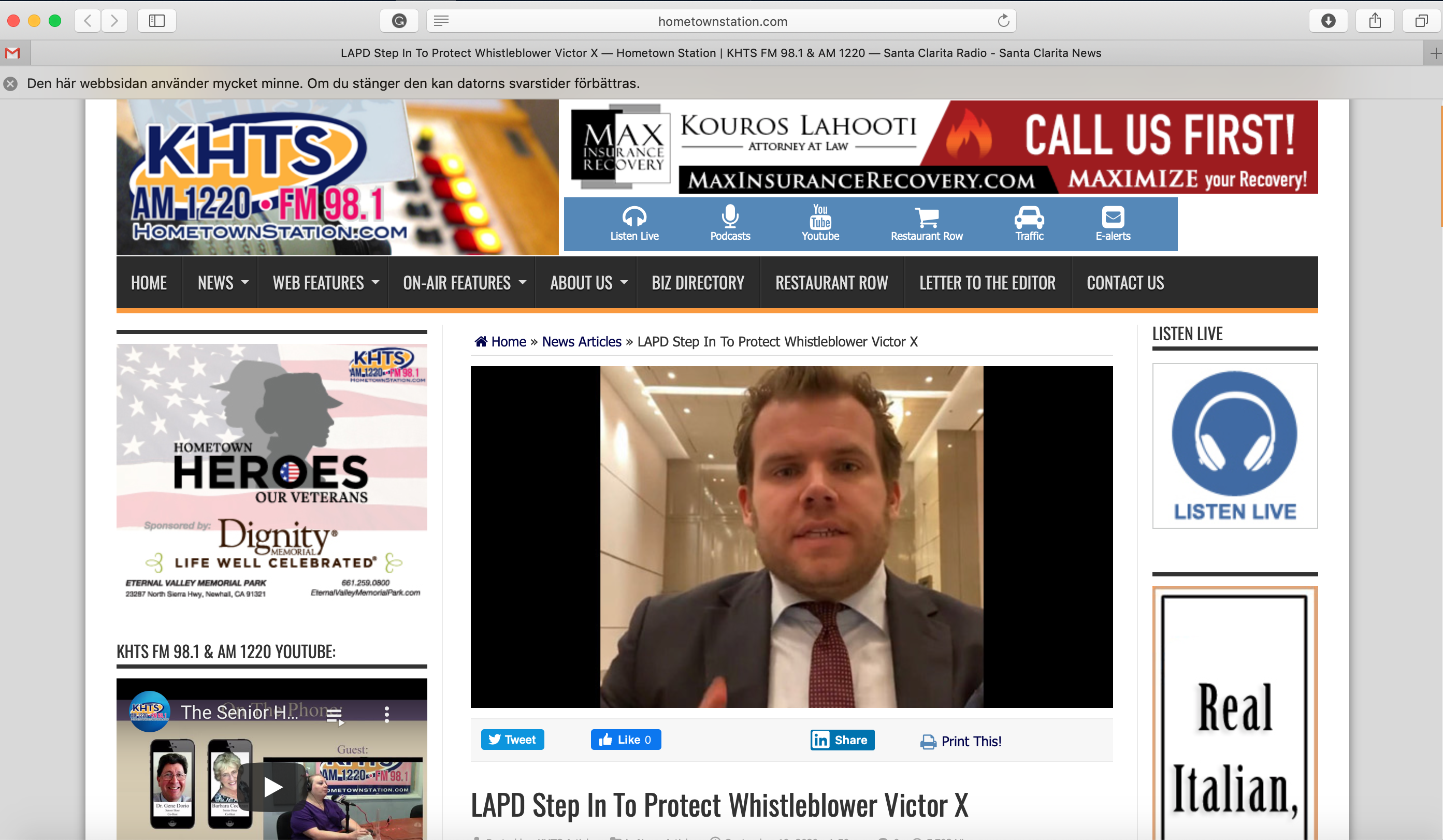 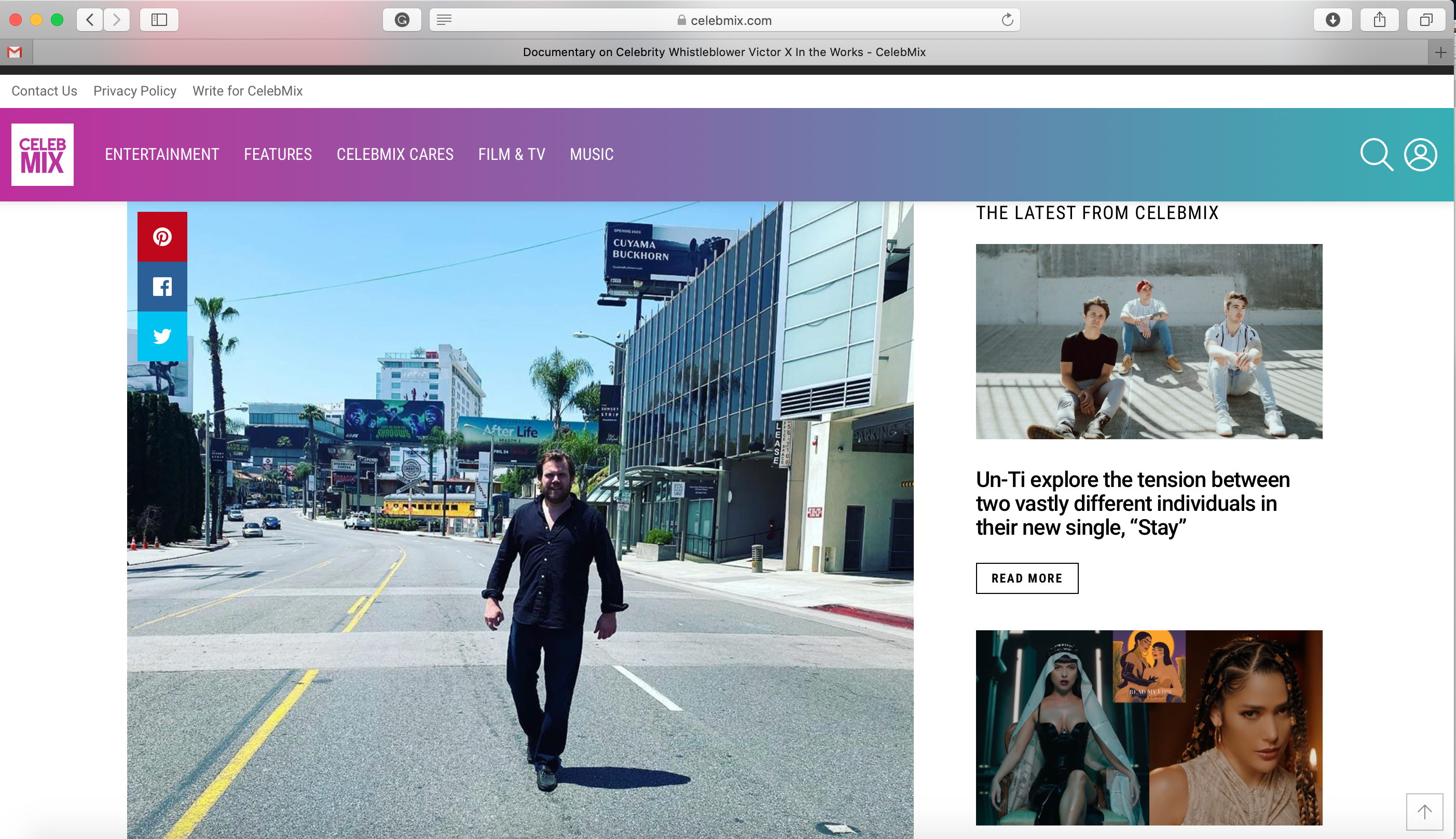 Documentary on Celebrity Whistleblower Victor X In the Works

True Crime Tuesday: On the Run 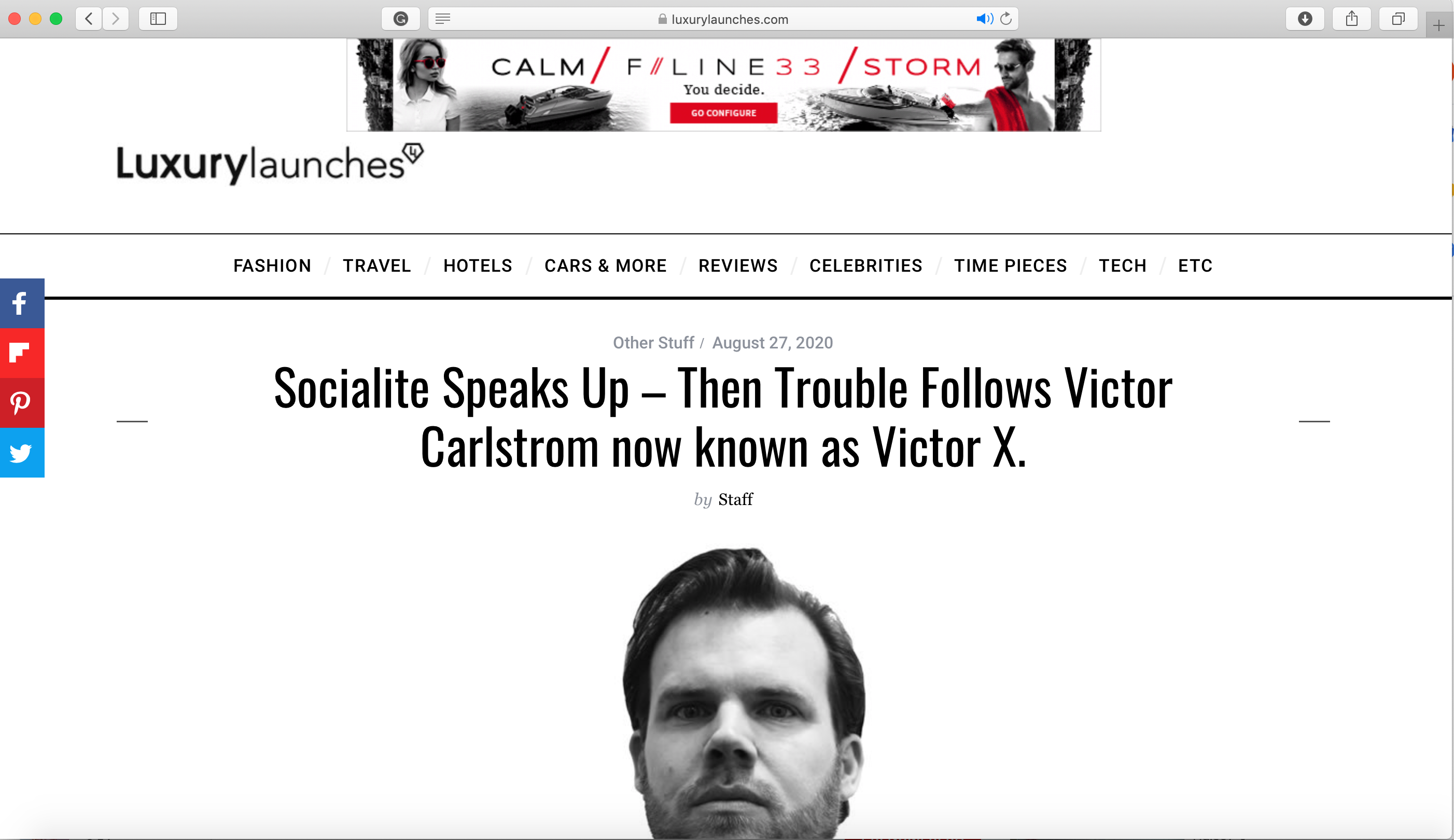 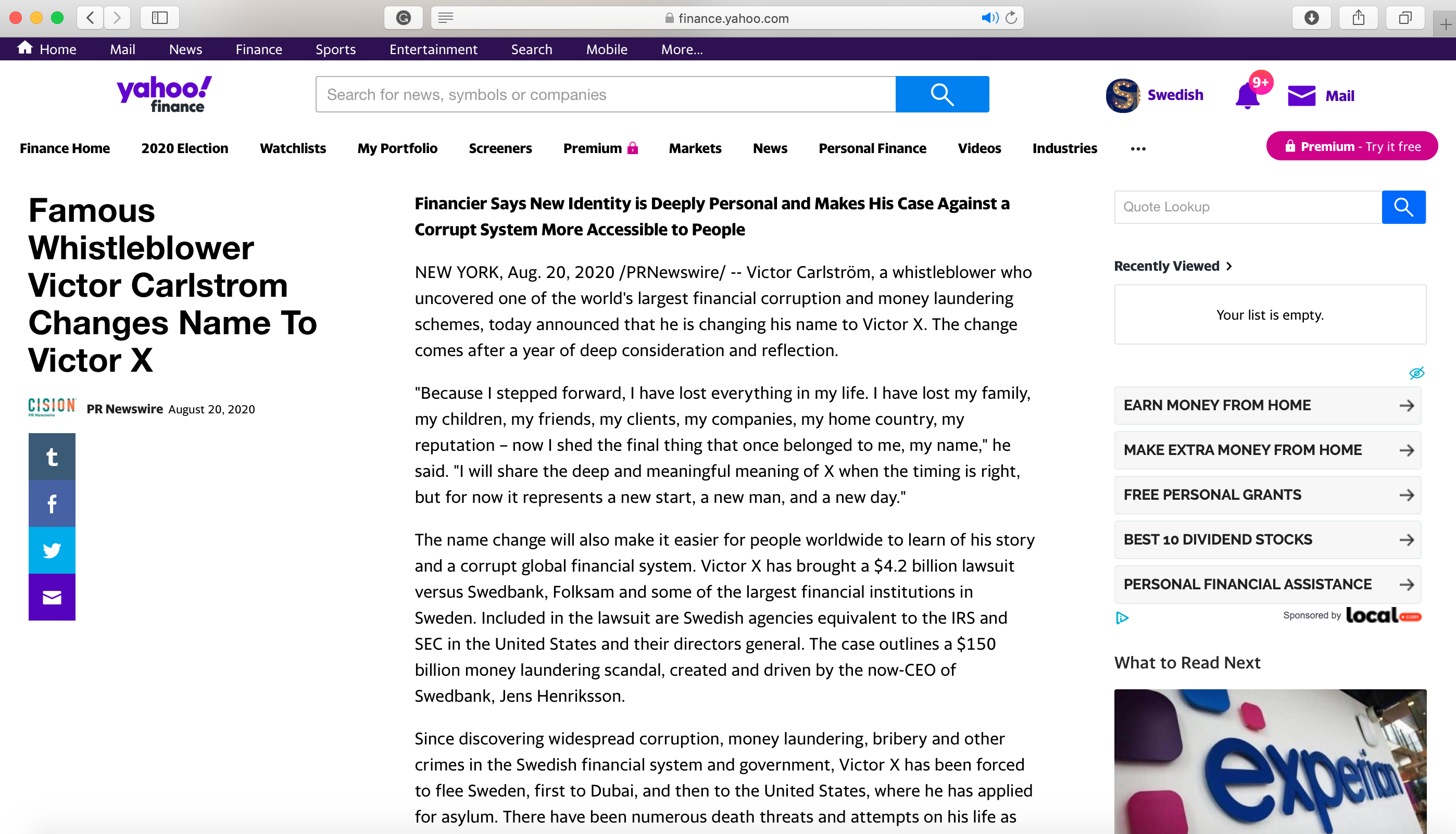 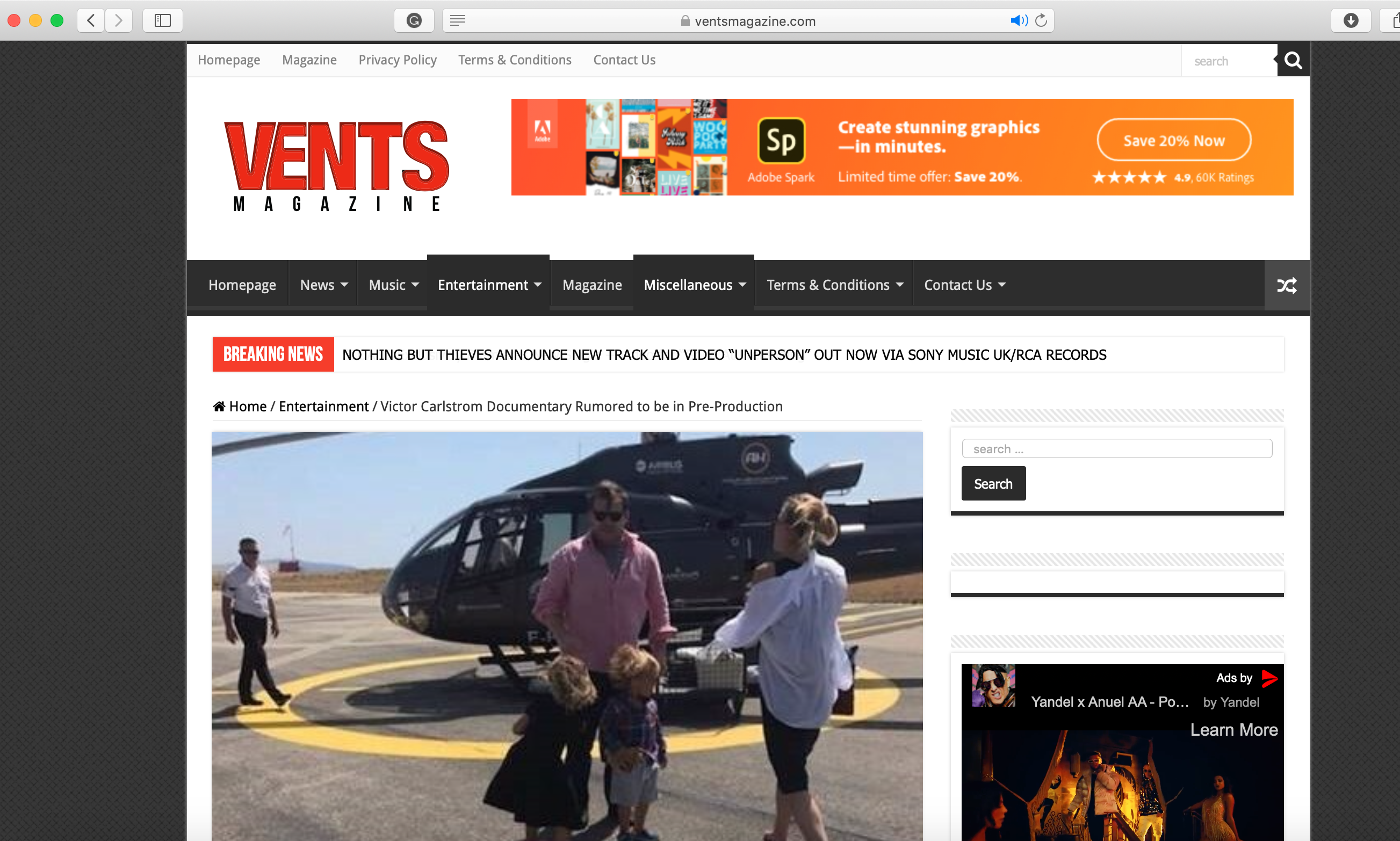 Victor Carlstrom Documentary Rumored to be in Pre-Production 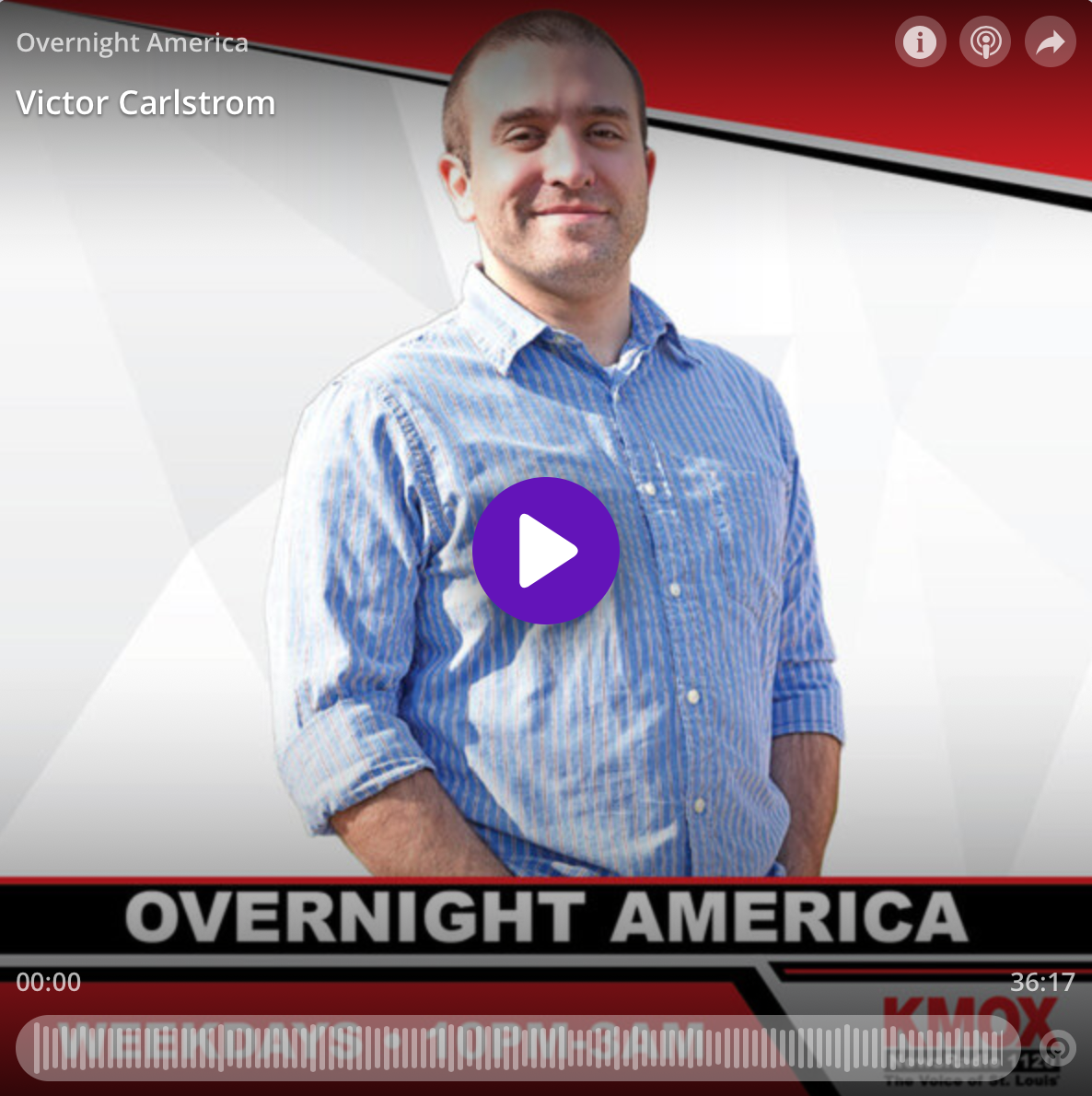 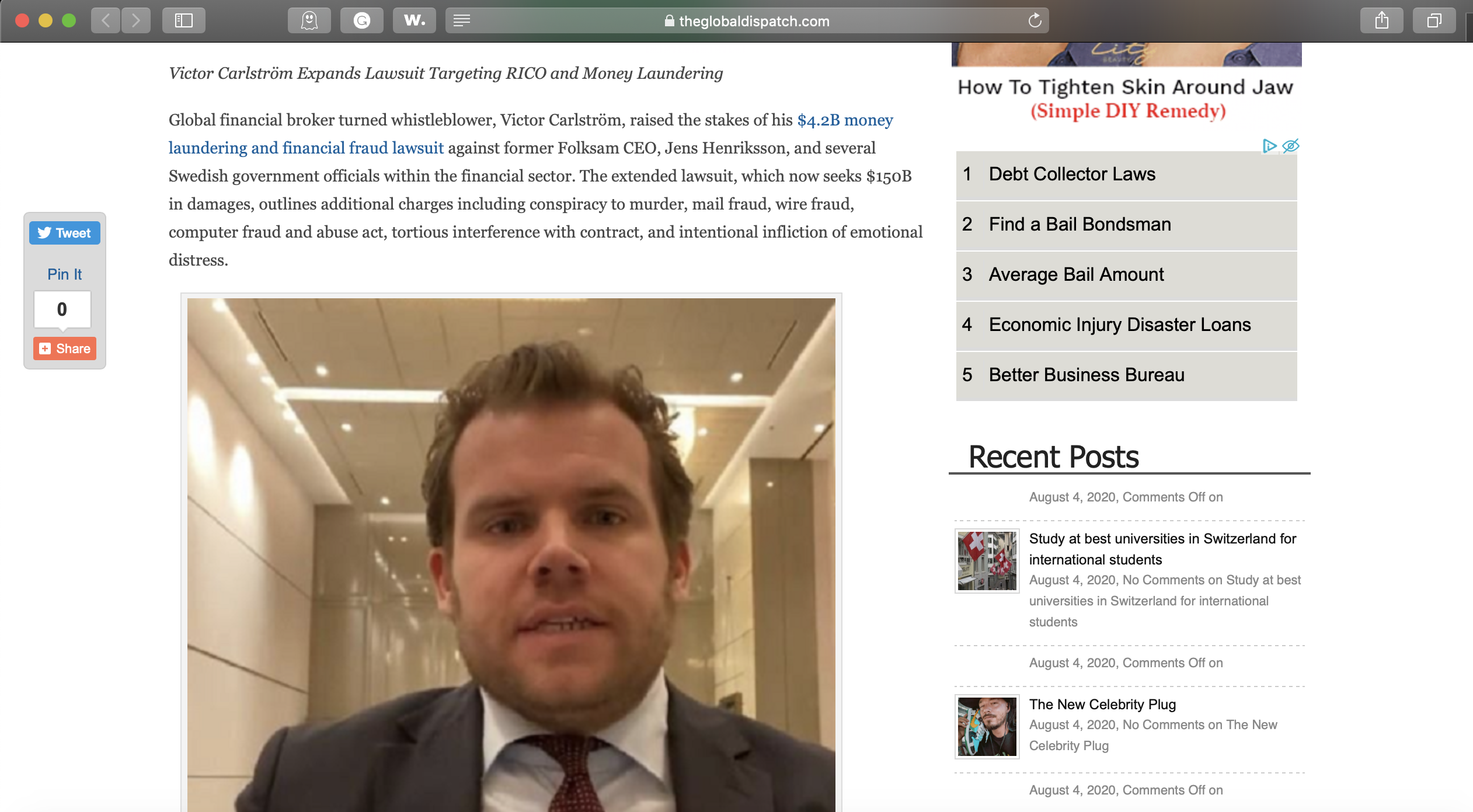 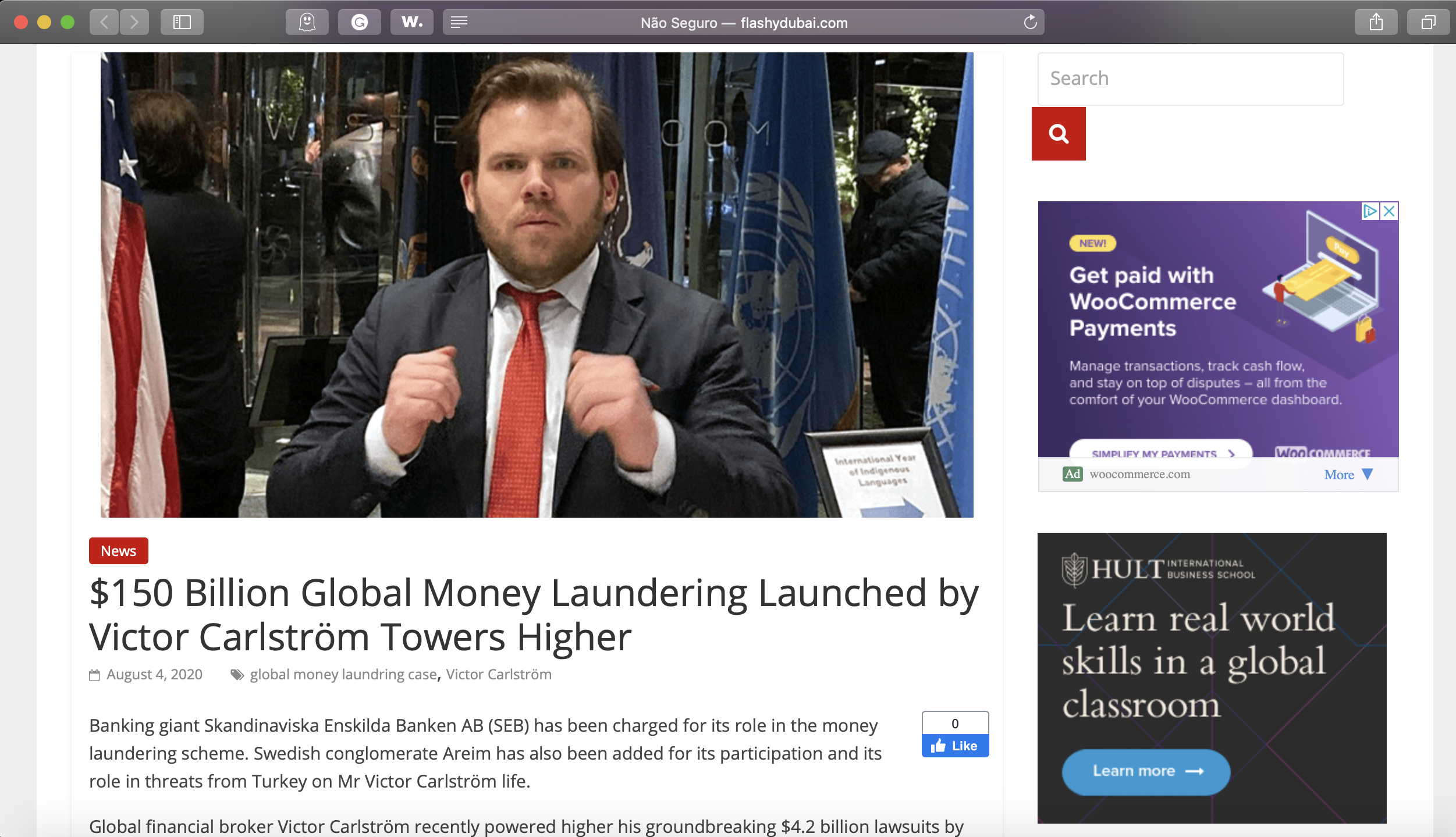 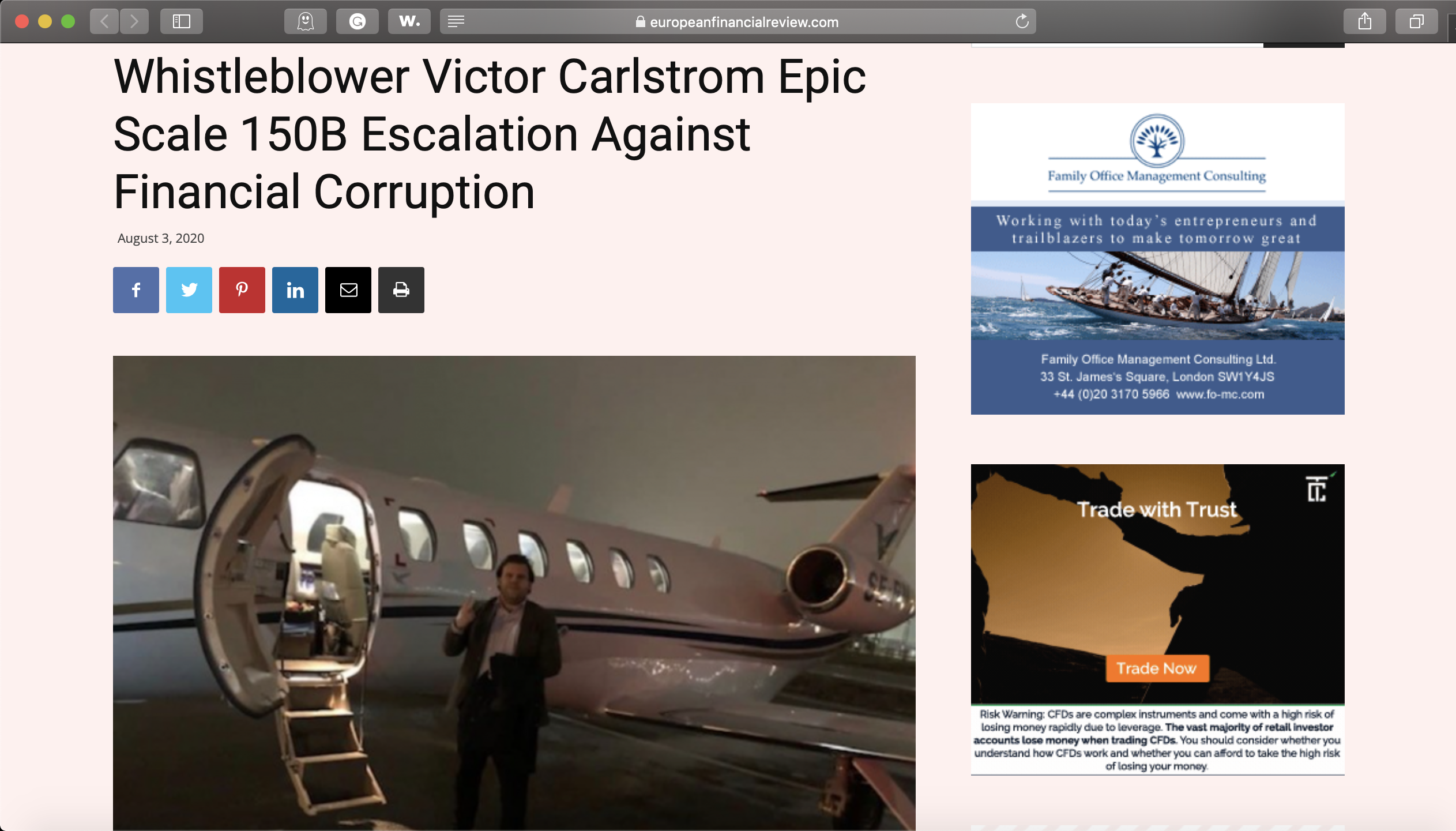 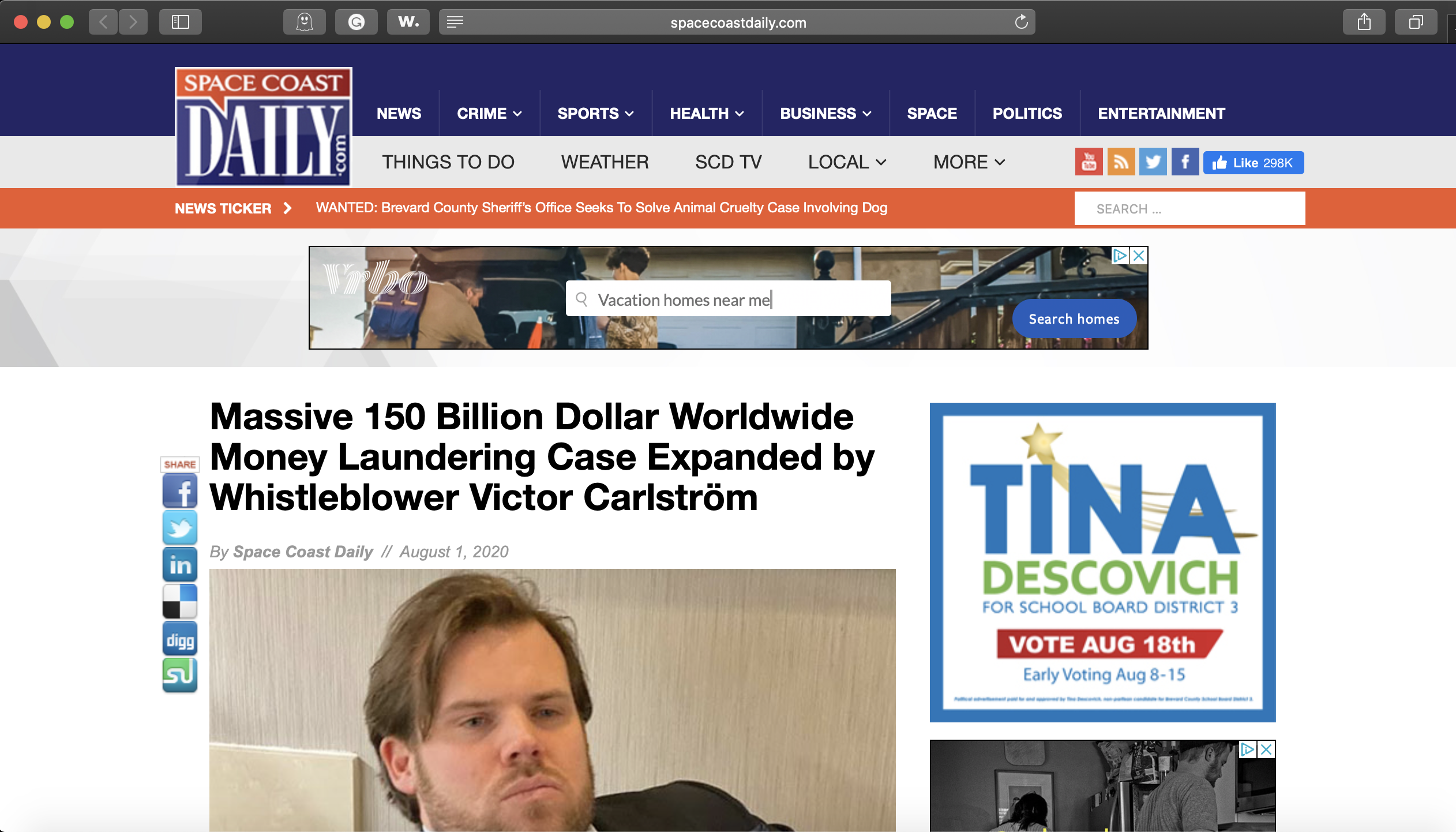 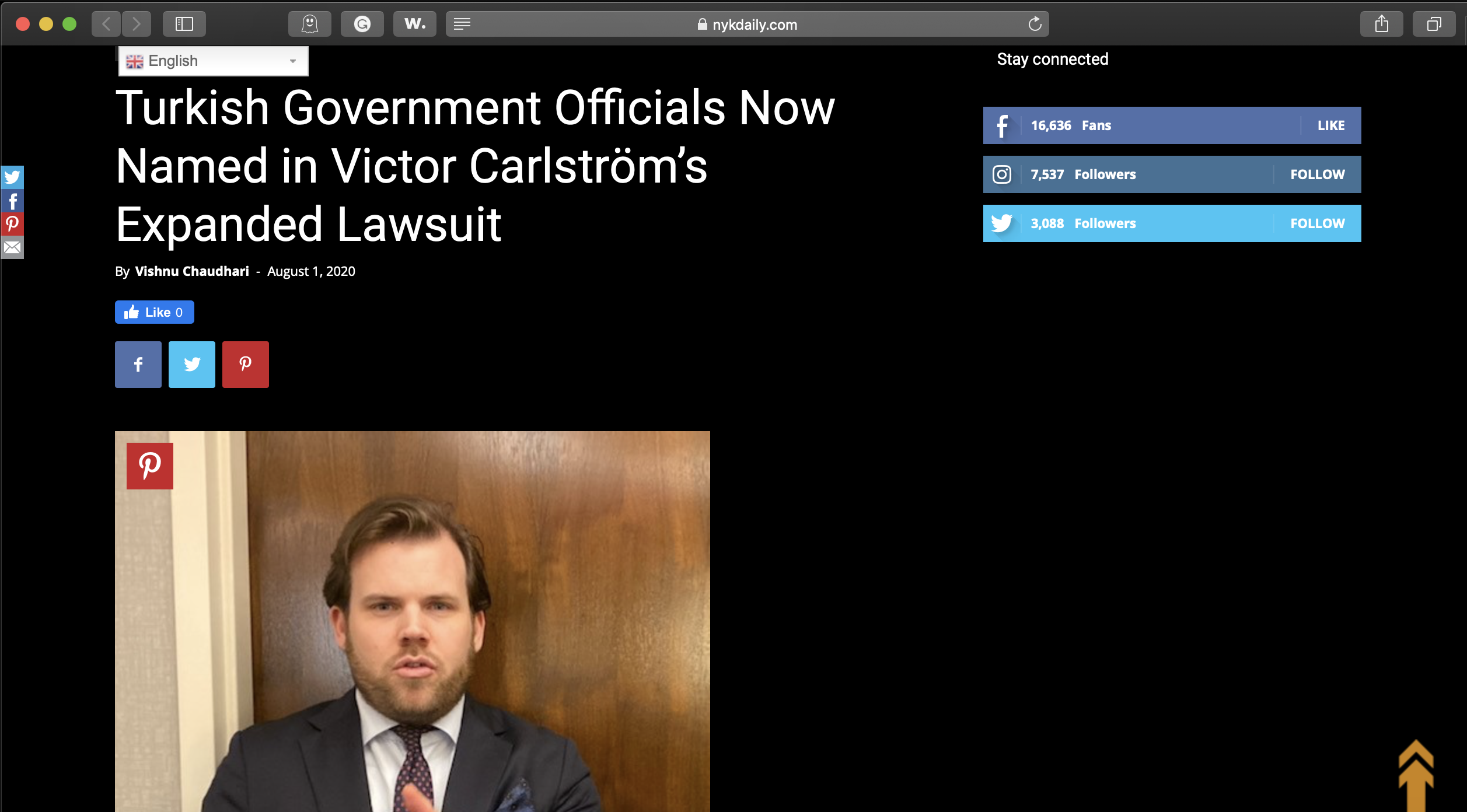 Whistleblowers: Some We Know, Others We Should

Sacrificing Life and Liberty for Truth 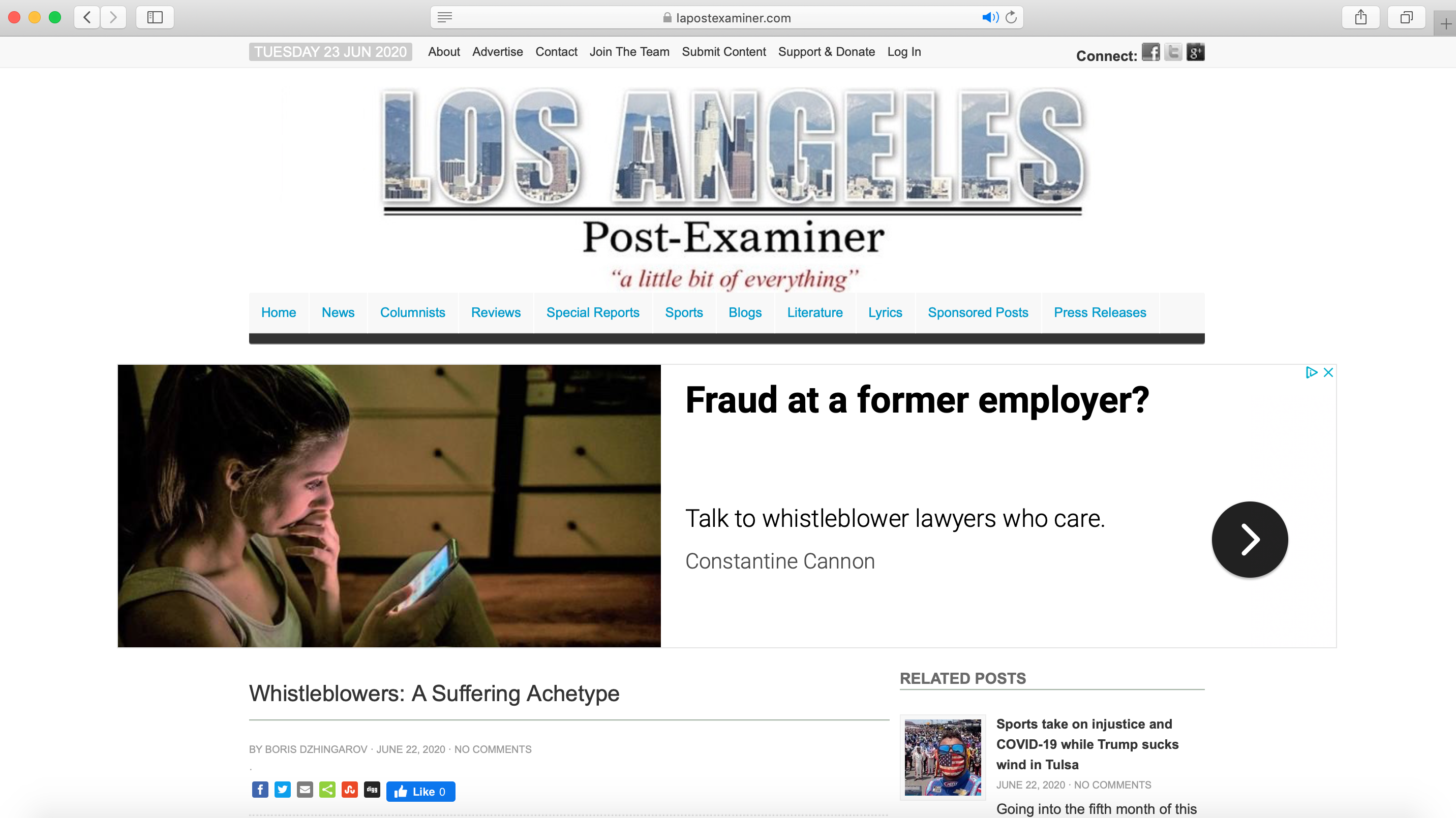 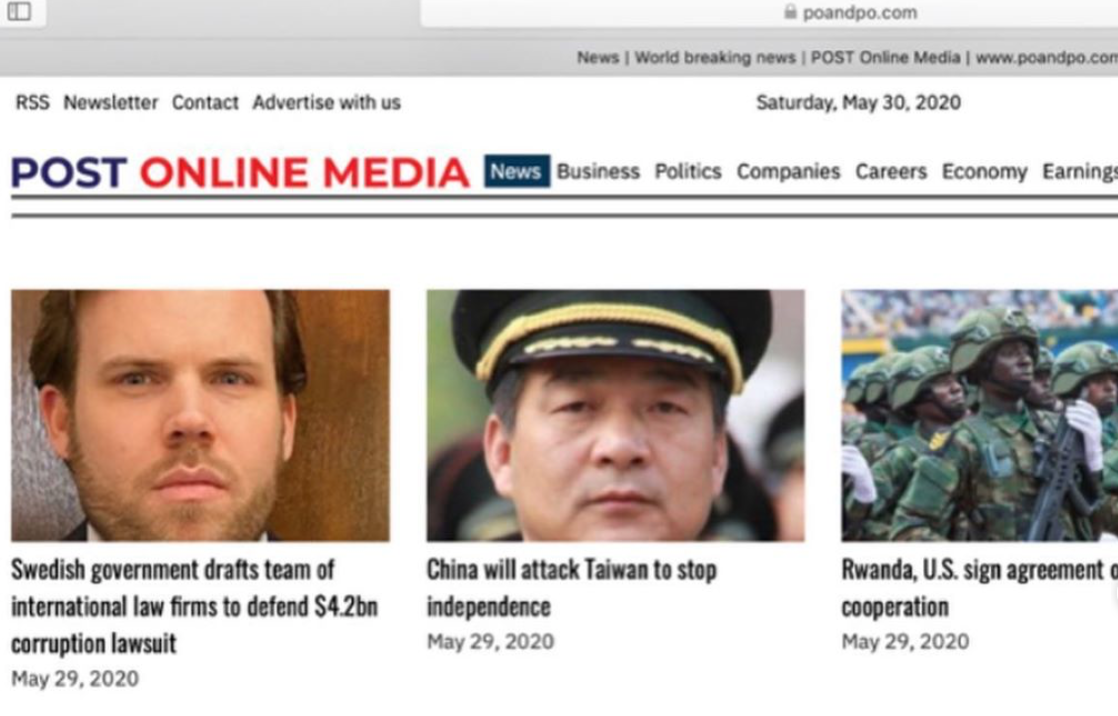 Famous Whistleblowers Who Paid the Painful Price for Truth The plight of recent whistleblowers Time to Refinance? How the Fed Cut Affects Mortgage Rates Coronavirus fears batter the stock market, wiping out all of this year’s gains Why the stock market lost another 3% today US Economy On Verge Of Recession? Fate Could Depend On Government Response To Coronavirus, Experts Say Folksam And Swedbank Hit With $4.2bn ‘Lawsuit Of The Decade’ The lawsuit alleges Folksam and the listed officials violated the Racketeer Influenced and Corrupt Organization act (including predicate offenses of Conspiracy to Murder, Mail Fraud, Wire Fraud, and Money Laundering) the Computer Fraud and Abuse Act, Tortious Interference with Contract, Intentional Infliction of Emotional Distress. The lawsuit was filed by the Law Offices of Lawrence H. Schoenbach and the Law Offices of Dratel & Lewis, P.C. Carlström sued in federal court in the Southern District of New York and is seeking political asylum in the United States.

Victor Carlström is one of the most successful Financial Brokers in Sweden, with 14 years of experience in the international capital markets within the financial industry. He has a proven track record at international banks such as Merrill Lynch, Goldman Sachs, Société Générale, BNP Paribas, Deutsche Bank, Commerzbank, UBS, HSBC, Barclays, Royal Bank of Scotland, EFG Bank, Nordea, EFG Bank, SEB, Swedbank, Danske Bank, Handelsbanken, SBAB Bank, ING, and Carnegie Investment Bank.  Carlström has 7 financial licenses to work in all areas in the financial sector in Europe and has had zero complaints in his broker licenses with over 10,000 clients. To download the full complaint please visit: https://www.victorcarlstrom.com/